Amelia and the Secret of Stoney Manor

I recently signed with Anchor Group Publishing.  Check out my DEBUT NOVEL "Amelia and the Secret of Stoney Manor' on Amazon. It's now on kindle and paperback. It has been in the top 100 with five star reviews. Winner of the Inks and Scratches Magazine Choice Awards for 2015 for Best Book, Best Fantasy World, Best Cover, and Author Debut.
(Currently seeking a Literary Agent for Book 2 in the series.) 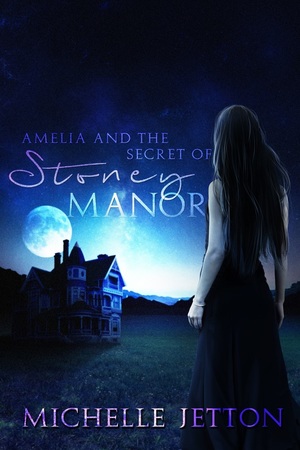 Amazon: (Buy it today) : On kindle and paperback

Please go add it to your to be read/want to read list on Goodreads. :)
https://www.goodreads.com/book/show/25978869-amelia-and-the-secret-of-stoney-manor


Amelia is truly not your average girl and neither is her story. Abandoned by her mother at a young age and raised by an overly-protective grandmother, Matilda, Amelia is confined to the grounds of her childhood home, Stoney Manor. Amelia meets Matthew Fairchild, the new boy in town, and quickly becomes infatuated with him. Soon Amelia discovers things aren’t always what they seem in the little town of Cave Spring, Ga.

On her 16th birthday, life as she knows it changes. Her grandmother confesses to her that she and her family are witches and the Darkness is after her for her family’s power. Along with her friend, Luna, she embarks on a journey to discover who she really is.

Can she protect her family from the Darkness? Is maintaining her relationship with her new boyfriend Matthew even possible? Can she uncover her family’s secrets or will they remain in the dark forever?